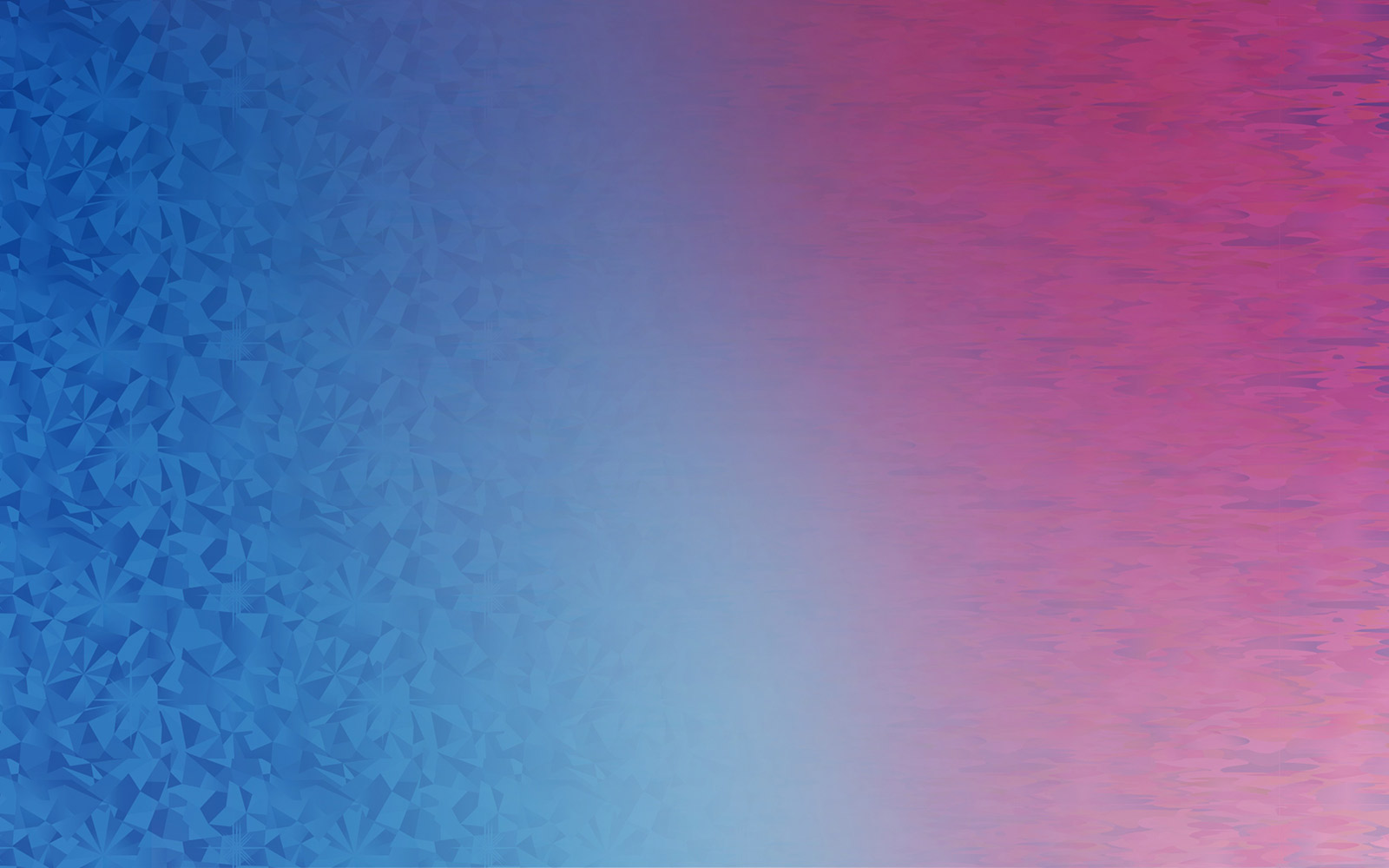 A Full Pokédex is the Key to Post-Story Content

After entering the Hall of Fame in Pokémon Brilliant Diamond and Pokémon Shining Pearl, you can find even more areas to explore, quests to embark on, and Pokémon to catch. But before you can get started, you’ll need to bring Professor Rowan a completed Sinnoh Pokédex. Doing so will require all entries to be at least partially unlocked for the 150 Pokémon initially available in the Sinnoh region. That means you only have to see the Pokémon—you don’t actually have to catch ’em all for Professor Rowan to sign off on your work. If the credits have rolled but your Pokédex still has a few glaring holes in it, this short guide should help you track down those last elusive catches.

You’d be surprised by how much of your Pokédex you’ll fill out by battling with other Trainers! Save for a few exceptions like Unown and the Legendary Pokémon, most Pokémon in the Sinnoh Pokédex can be found on someone’s team. However, not all Trainers in the region are easy to find. Some Trainers with rare Pokémon are located on alternate routes that you might have missed, or in optional areas that you may not have visited. Others are tucked away in places you couldn’t initially reach because you didn’t have access to the necessary hidden move. Taking a victory lap through the Sinnoh region with your new items and Pokétch apps could very well be all it takes to find the Trainers you missed.

The Vs. Seeker—which you can receive from the professor’s assistant on Route 207—is a key item that can help you locate any Trainers you’ve missed on past excursions. Simply use it near a Trainer and take note of the icon that appears above their head. A single red “!” lets you know that you haven’t battled them yet. If a red “!!” icon pops up instead, that means you’ve defeated them before and they’re ready for a rematch. 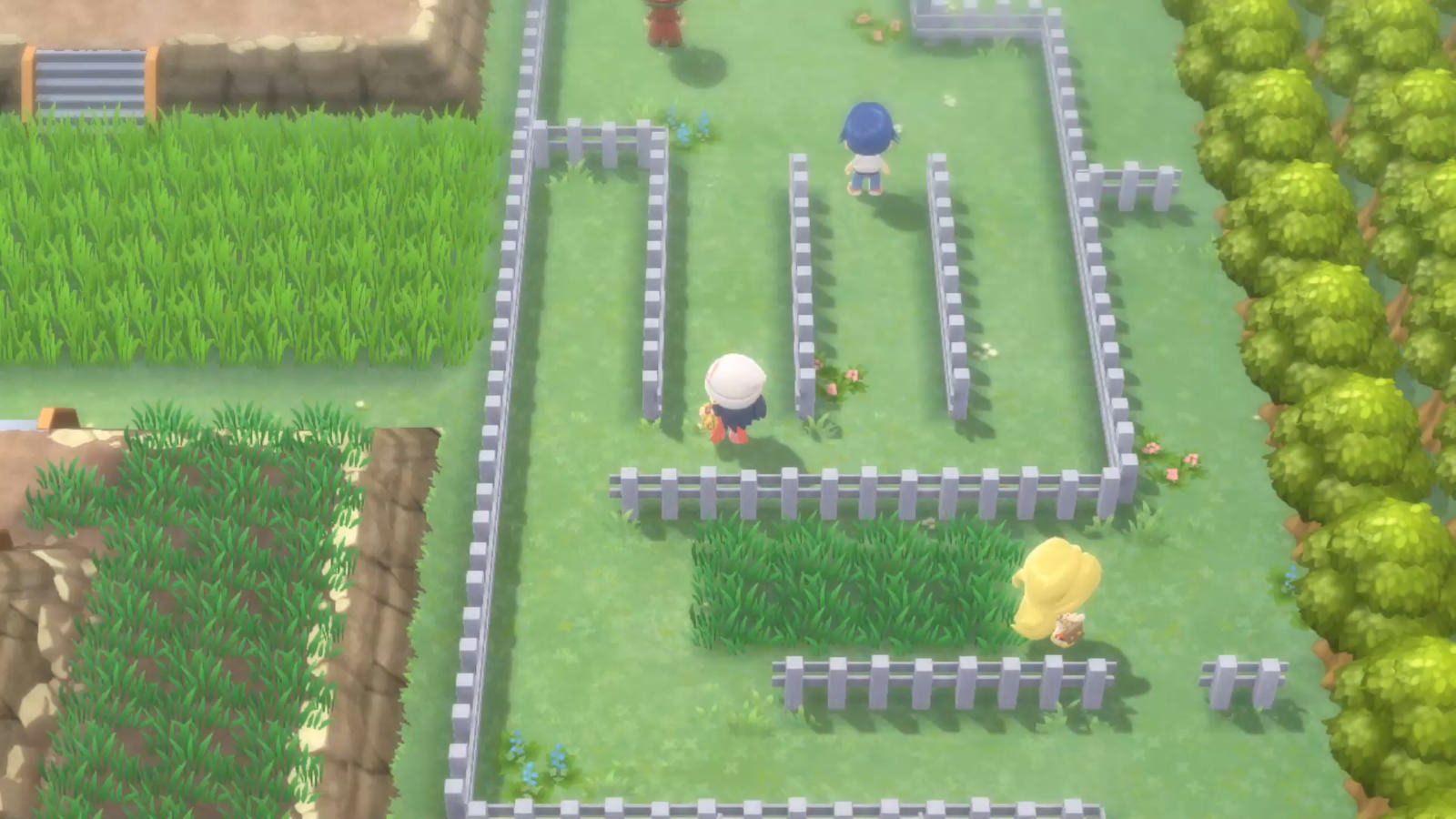 How to Find Drifloon, Unown, Dialga, and Palkia

There are several hard-to-find Pokémon in the Sinnoh region that can trip up even the most tenacious of Trainers. 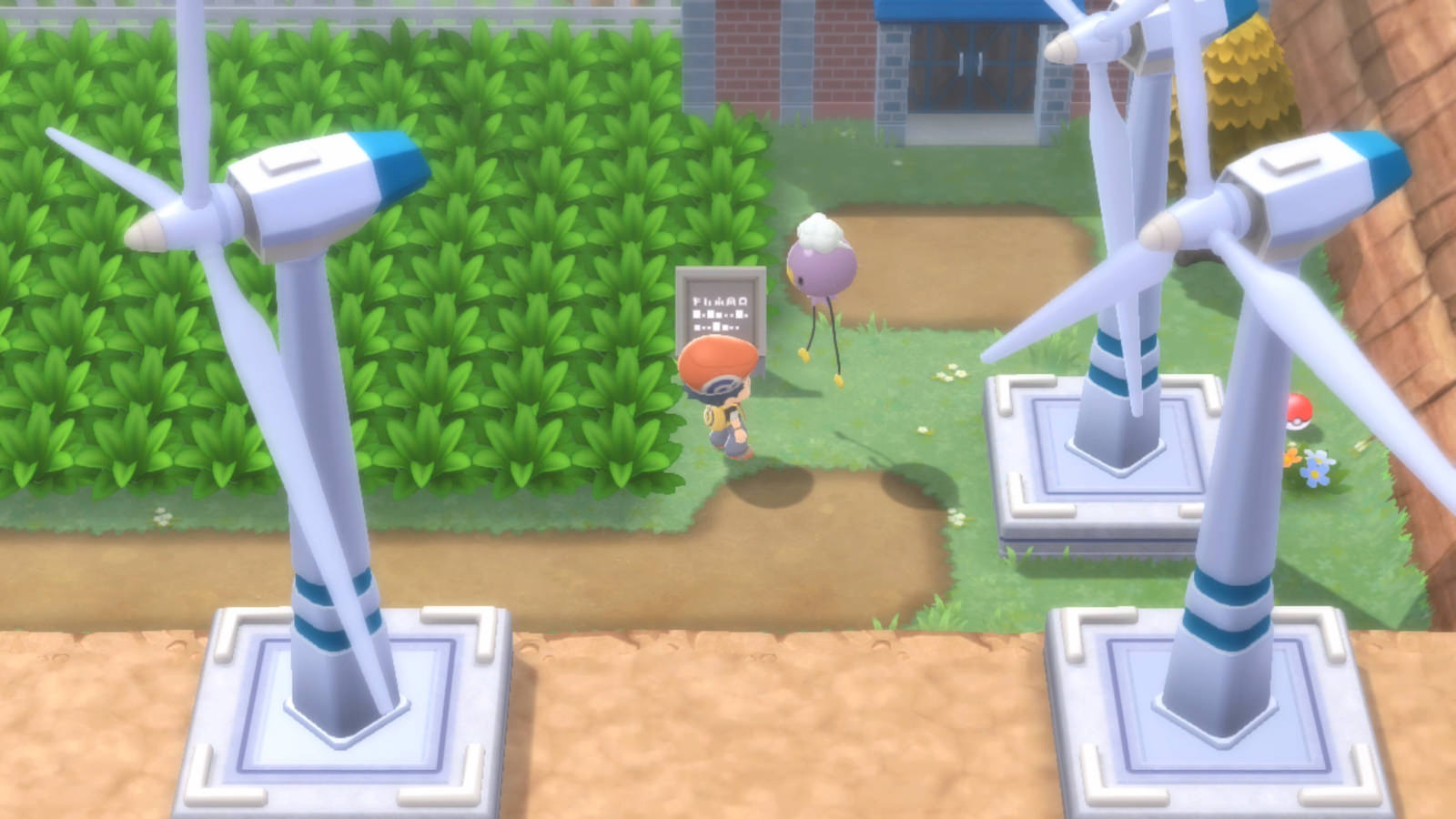 If your mathematical prowess allowed you to zip through the Hearthome City Gym without battling the Trainers there, then you may have missed an easy way to see Drifloon. Once you’ve claimed the Relic Badge, you can’t go back and battle them, so you’ll have to find a wild Drifloon instead. It may take a while, though—how’s your Friday looking? Yes, wild Drifloon only appear on Fridays, but outside of that wrinkle they’re quite easy to find. Just visit the Valley Windworks east of Floaroma Town after driving out Team Galactic from the building, and you’ll see one waiting for you near the entrance.

No Trainer in Sinnoh has an Unown on their team, so you’ll need to encounter the Symbol Pokémon in the wild. They can only be found at Solaceon Ruins, an optional area that you can visit by entering the cave at the far-east end of Solaceon Town. Unown are the only wild Pokémon that inhabit these ruins, so finding one shouldn’t be difficult. 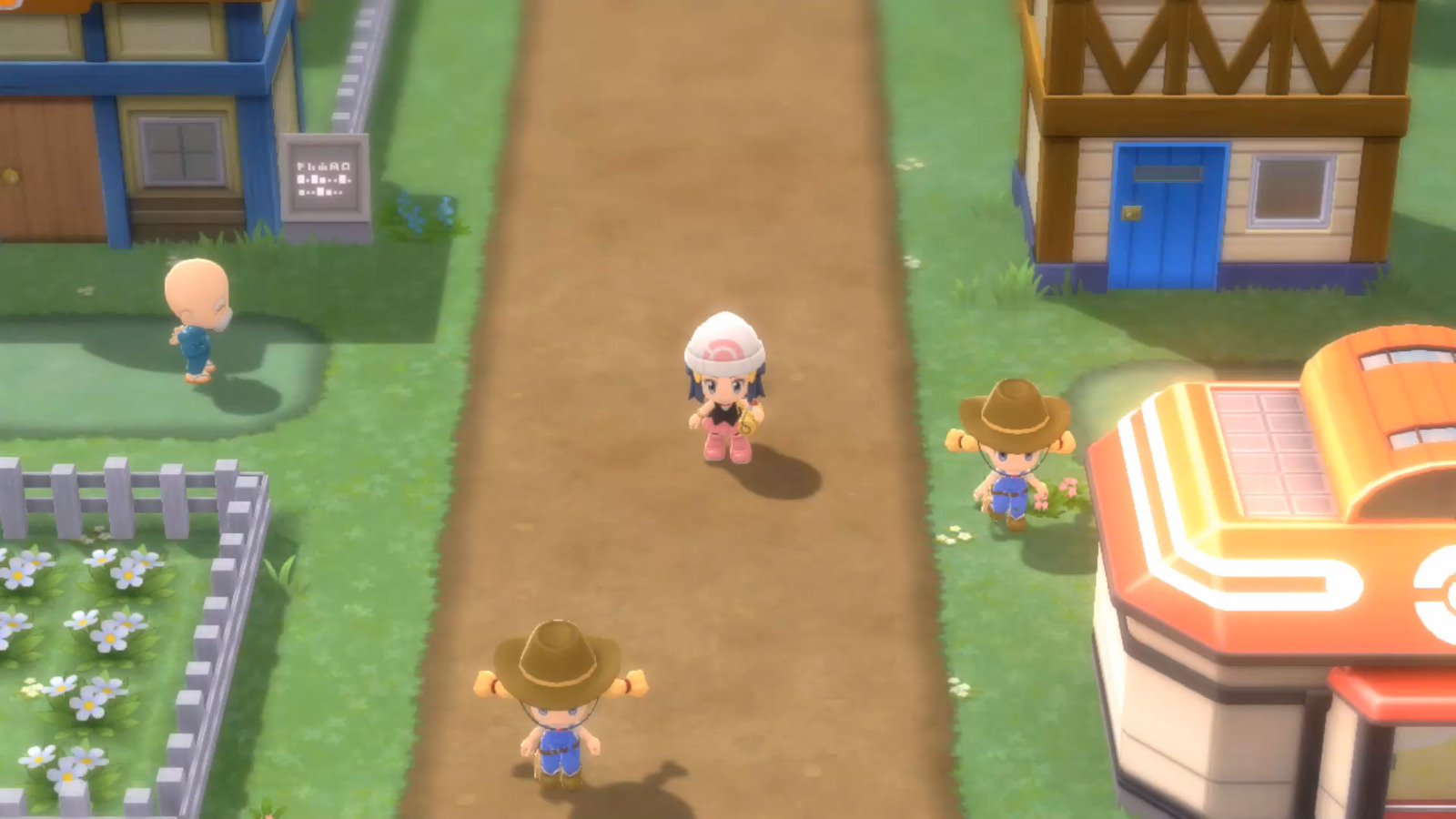 There are 28 variations of Unown inhabiting Solaceon Ruins, but you only need to see one to earn its Pokédex entry. However, if you are interested in catching them all, there’s a bit of a trick to it. A message on the wall at the beginning of the dungeon spells out a series of instructions in Unown letters. These symbols tell you to start with the top-right stairs in that room, then take the lower-left stairs in the next room, and so on. If followed correctly, the instructions will take you through a series of six rooms that end in a chamber with treasures and a message from the Unown. The first room of the sequence is populated only by “F” Unown, the second features “R” Unown, and the third through sixth rooms are home to “I,” “E,” “N,” and “D” Unown, respectively. If you don’t follow the instructions correctly, you’ll end up in a dead-end room that’s populated by a mix of Unown representing the remaining 20 letters. 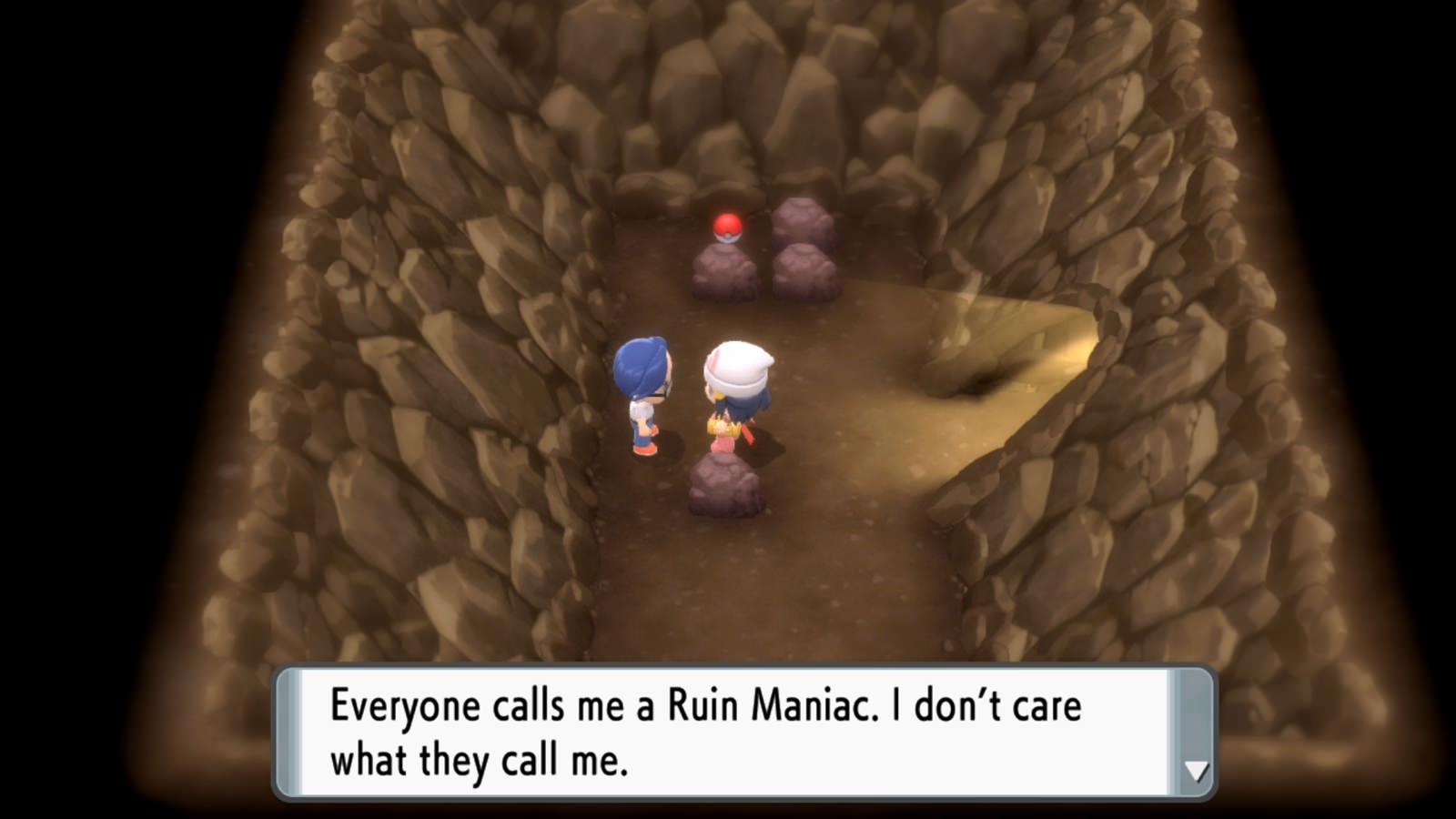 If you manage to catch an Unown for each of the 26 letters of the English alphabet, head south from Veilstone City and visit the cave on Route 214. There you’ll find a so-called Ruin Maniac digging a tunnel to the final chamber of Solaceon Ruins. He’ll make a little more progress with each new variety of Unown you catch. Once you’ve caught all 26 alphabetical Unown, the Ruin Maniac will complete his tunnel at last, allowing you to access a room where you can catch “!” and “?” Unown.

Sinnoh Pokédex Entry No. 149 or No. 150: The Final Legendary Pokémon 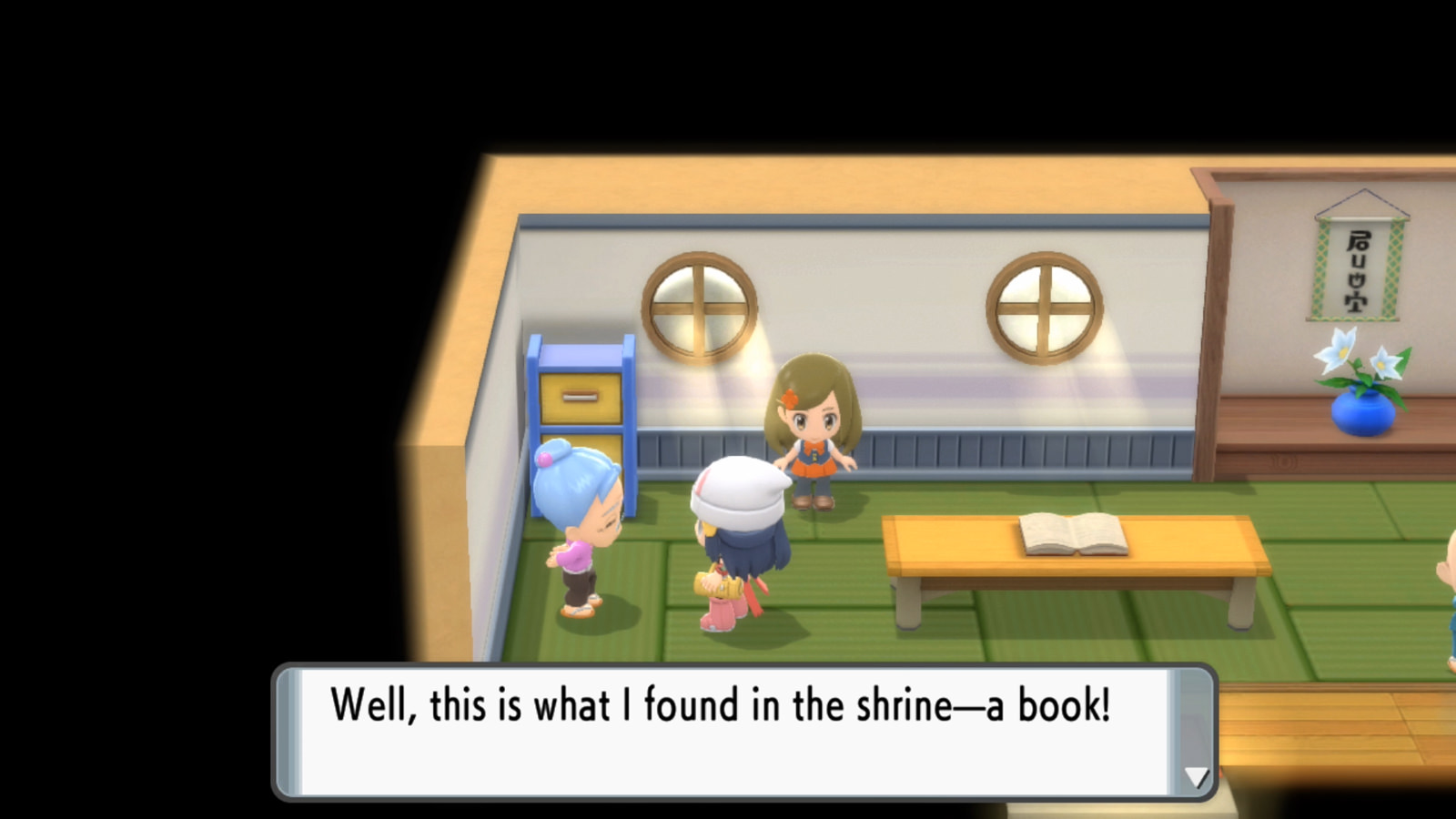 By the time you’re ready to defeat the Champion and enter the Hall of Fame, you’ve probably tracked down all the Legendary Pokémon that play a major role in the game’s story. Hopefully, you also figured out how to catch (or at least see) each of them along the way. But what about the final Legendary Pokémon—the one that appears on the cover of the opposite game version from the one you’re playing? The answer lies in Celestic Town. If you visit Cynthia’s grandmother inside her home (the large house north of the cave entrance), she’ll show you a book with a picture of a Legendary Pokémon inside. That picture might not be worth a thousand words, but seeing it is all you need to round out your Pokédex with Dialga in Pokémon Shining Pearl or Palkia in Pokémon Brilliant Diamond.

The 10 Sinnoh Pokédex entries below are ones that players often missed in the original releases of Pokémon Diamond and Pokémon Pearl, usually because many of these Pokémon are on the teams of Trainers found a little further off the beaten path. If any of them line up with holes in your Pokédex, don’t worry—you’re not alone!

Beauty Devon is the only Trainer with a Wormadam on their team. She’s found on Route 214, an alternate route south of Veilstone City that you’re never forced to visit on your quest. To find her, look for a blonde-haired woman at roughly the center of the map. You can also evolve a Wormadam from a female Burmy—frequent visitors to Honey-slathered trees—at level 20. 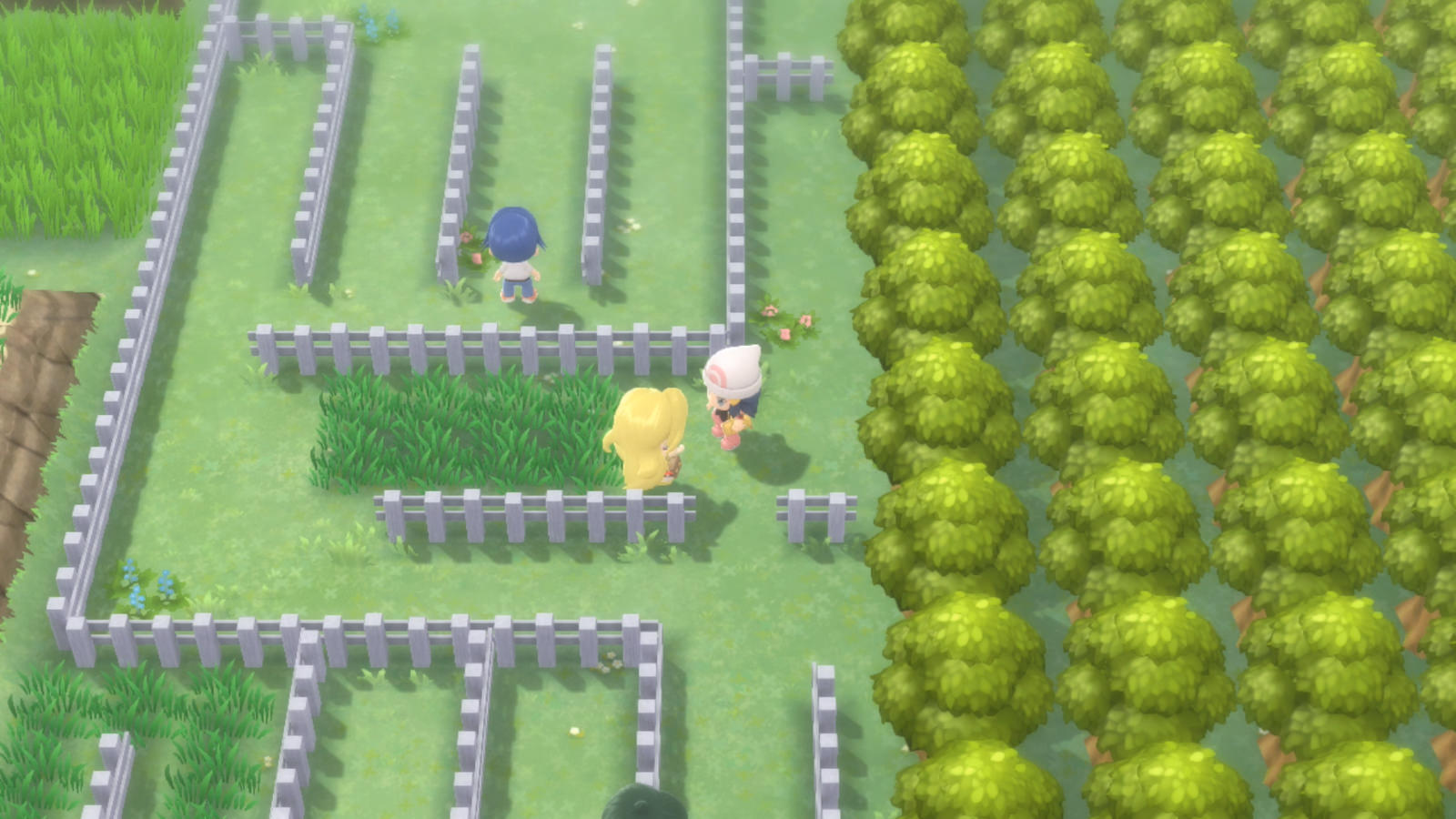 Two Trainers in Sinnoh use Cherrim, and they’re both in optional areas. The quickest way to see one is to take the ship from Canalave City’s docks to Iron Island. At the start of the island’s cavernous dungeon, take the stairs to the east. You’ll find the Trainer you seek in the eastern part of the next chamber. The other Trainer with a Cherrim is on Route 221, which you can reach by surfing southeast from Sandgem Town through Route 219 and Route 220. You’ll find this Trainer hanging out in the tall grass near a Berry plant. 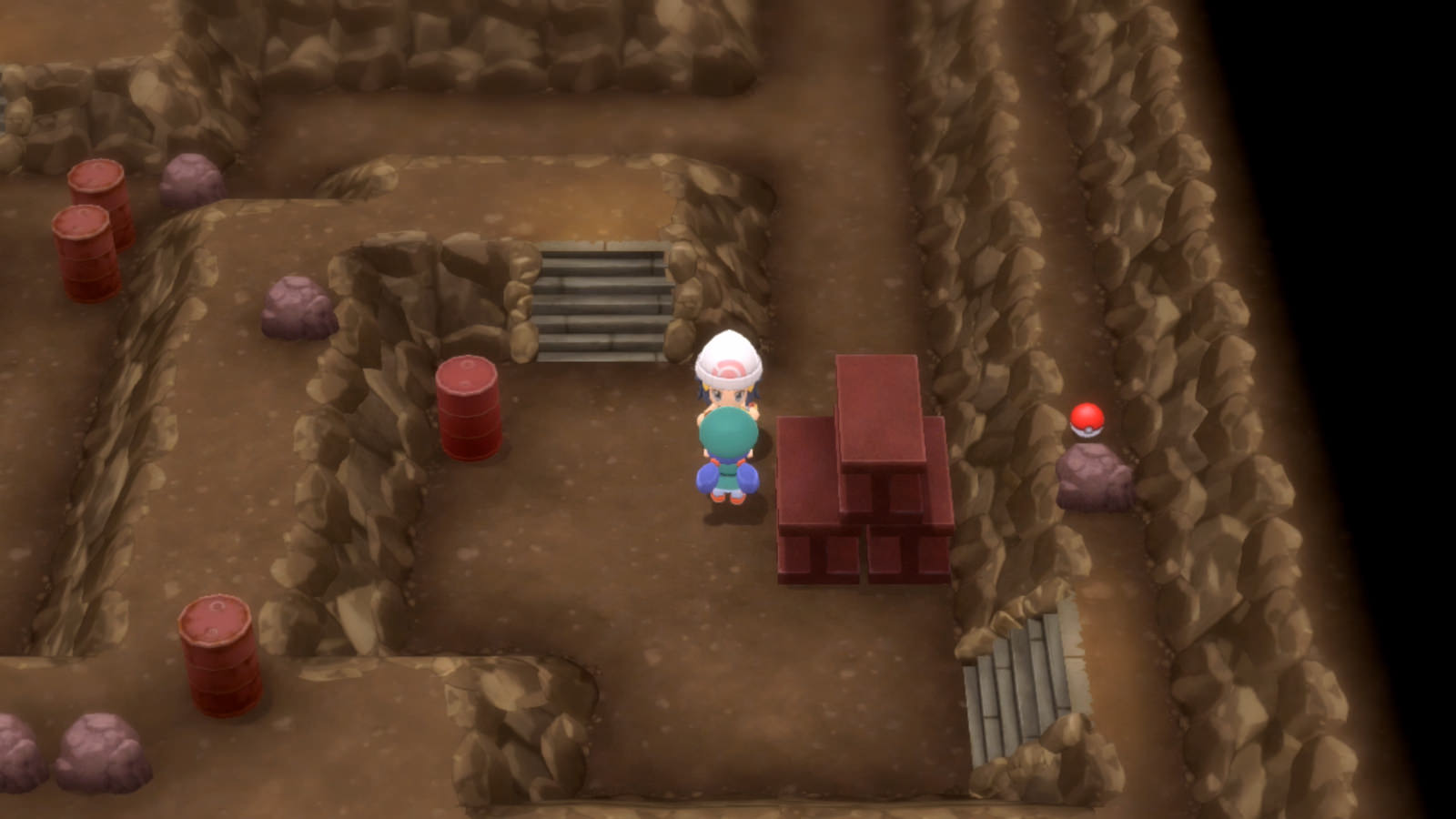 If Aipom is missing from your Pokédex, all you need to do is head north from Solaceon Town onto Route 210. You’ll see a Trainer in the tall grass to the west who has an Aipom on their team. You can also face Trainers with Aipom on Route 212 and in the Wayward Cave, which can be accessed on Route 206. 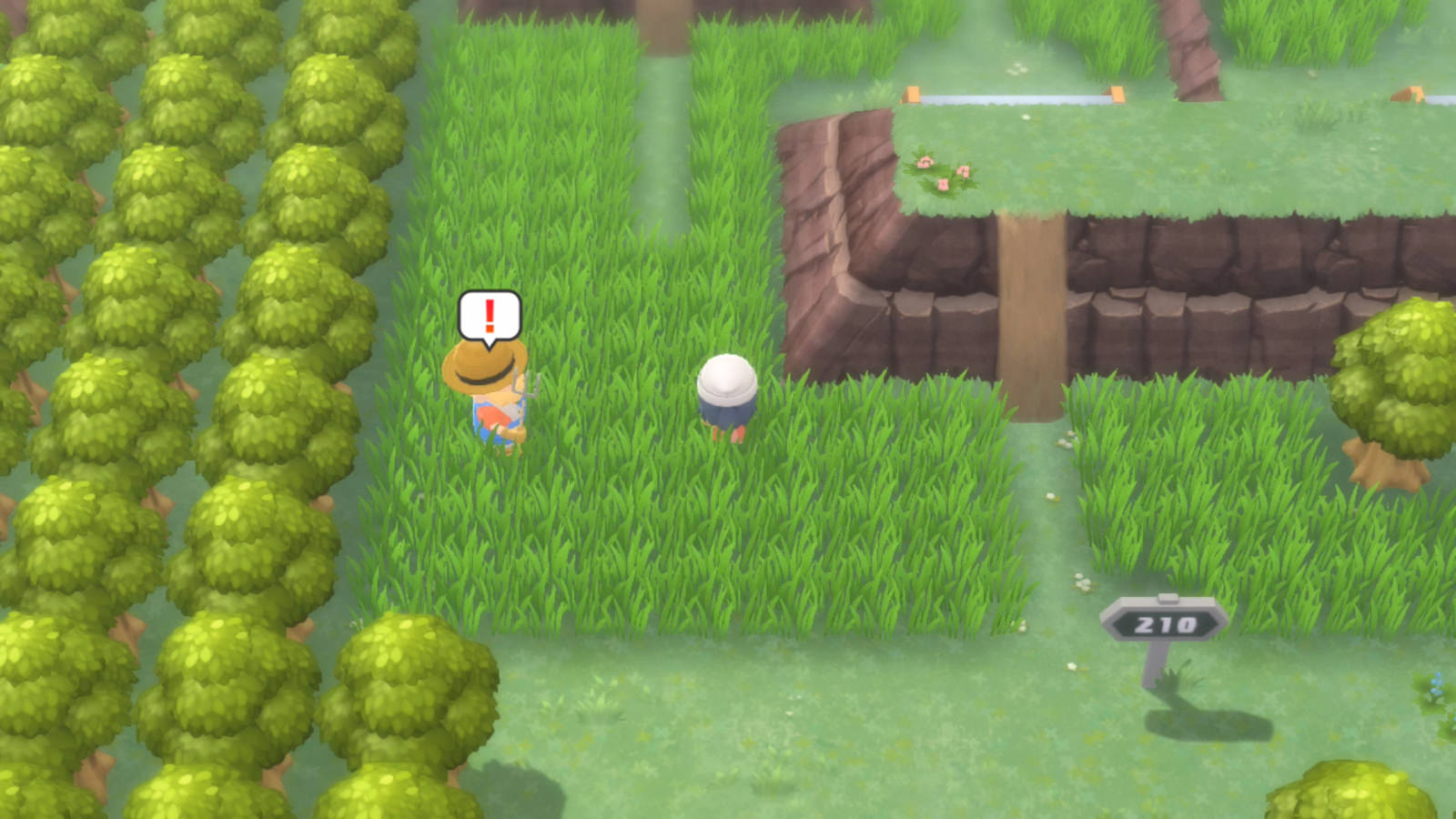 Like Drifloon, Misdreavus is a Ghost type that’s commonly missed by players who defeated Fantina without battling other Trainers in the Gym. To get a second chance at seeing one, head to Solaceon Town and leave through the southern exit, where you’ll immediately spot the Lost Tower on Route 209. Make your way to the fourth floor and challenge the couple at the west side of the room to see their Misdreavus. Players of Pokémon Shining Pearl can also encounter wild Misdreavus while climbing the Lost Tower. 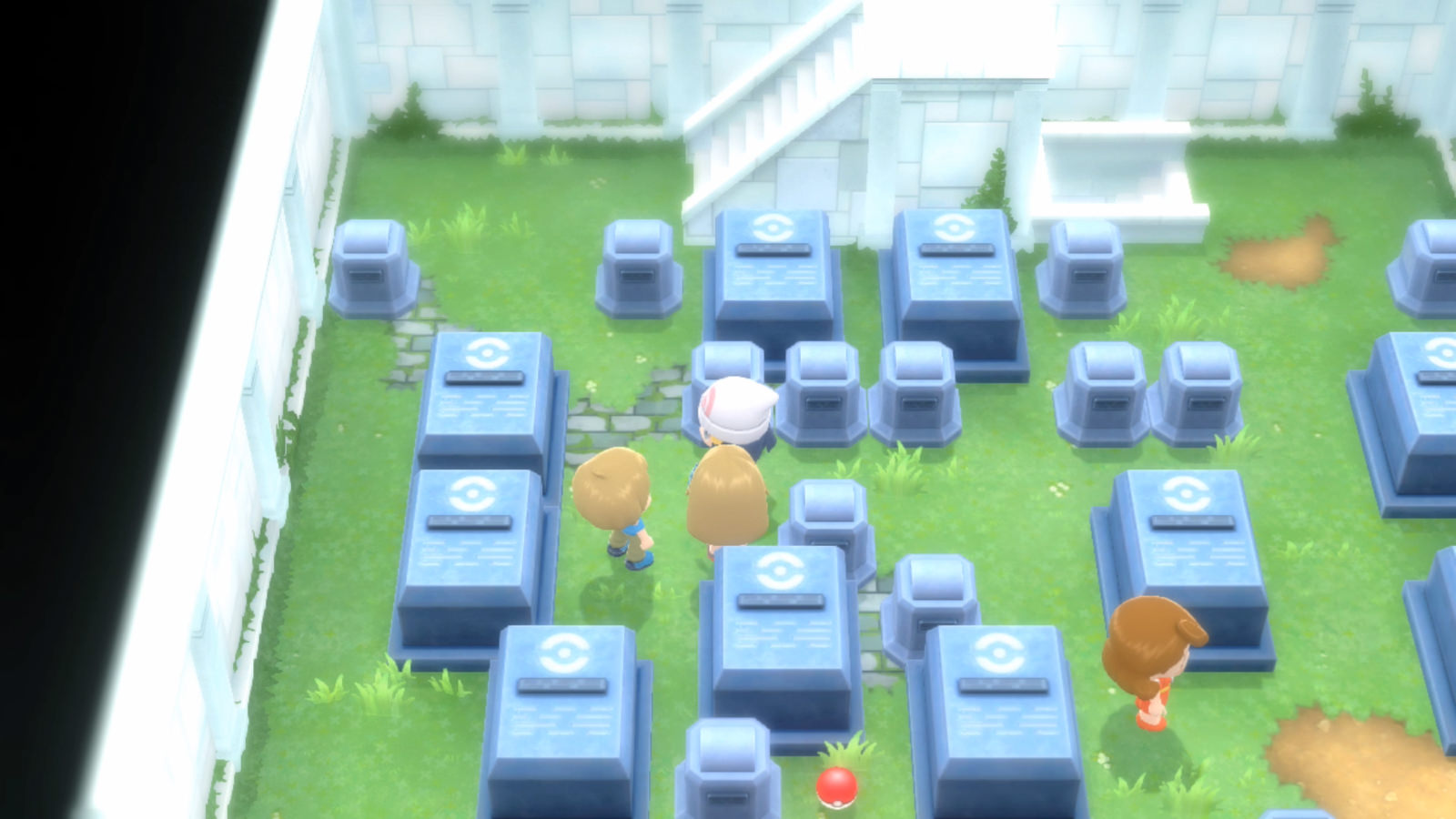 If you missed the Trainer with a Barboach at the Pastoria City Gym, you still have two other chances to find one on the teams of opposing Trainers. On the southern part of Route 212, challenge the leftmost of the three Trainers fishing on the bridges over clear water. The lone fisher on Route 208 has a Barboach too, but you’ll need to surf along a winding route just to reach him. 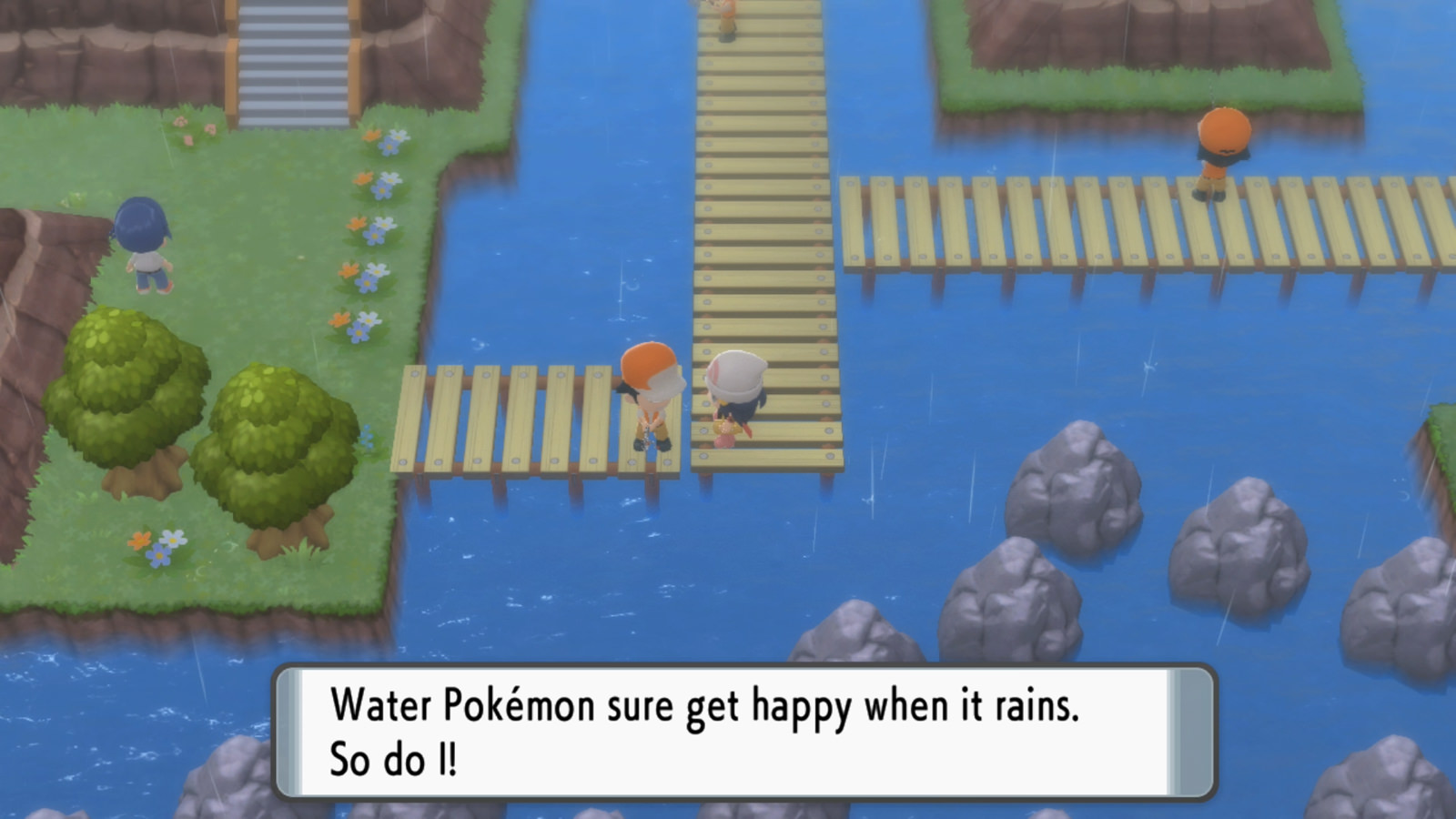 Yet again, our search for Trainers with unique Pokémon takes us to Route 212. There you can meet Gentleman Jeremy, one of the only Trainers in Sinnoh who uses Chatot. Enter the route by heading south out of Hearthome City, then continue south past the first few police officers. After the third one, you’ll spot the gentleman you need standing near his madame friend. 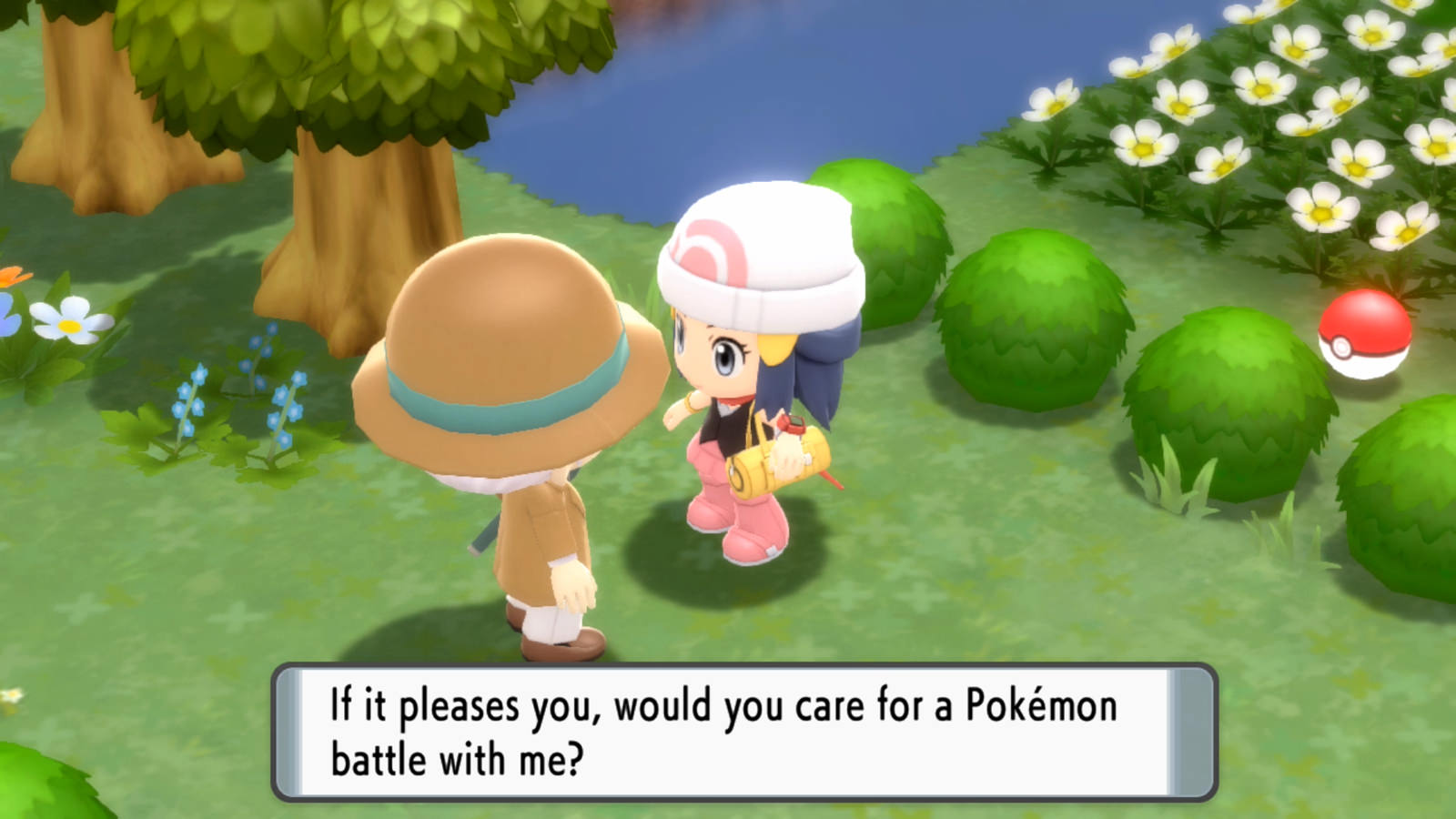 One of Sinnoh’s only Trainers with a Riolu is located on the lower floor of Oreburgh Gate, the tunnel that connects Route 203 to Oreburgh City. But if you’re willing to put in a little more effort, head instead to Iron Island, where you can team up with a friendly Trainer named Riley to send a group of Team Galactic grunts packing. As a reward for your help, Riley will give you an Egg that can hatch into a Riolu of your own. 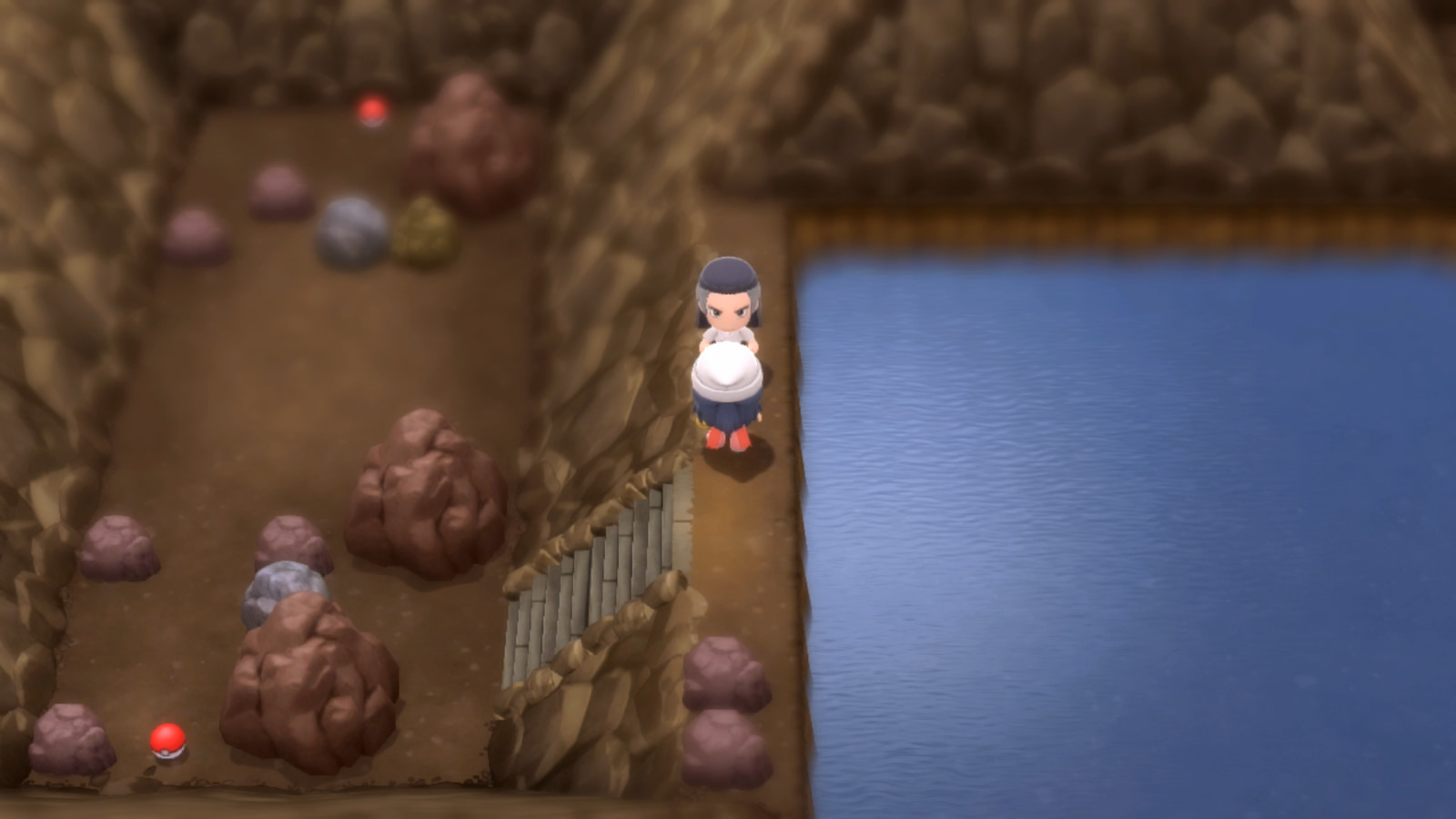 Always focused on their catch, fishers don’t make for very aggressive Trainers. That might be why it’s so easy to walk past them and miss a chance at a Pokémon like Finneon. If the Wing Fish Pokémon is eluding you, go to Sunyshore City and head west to Route 222, where you’ll find five fishers lined up along the beach. Both the second and third Trainer from the left can show you the Pokémon you need to see. 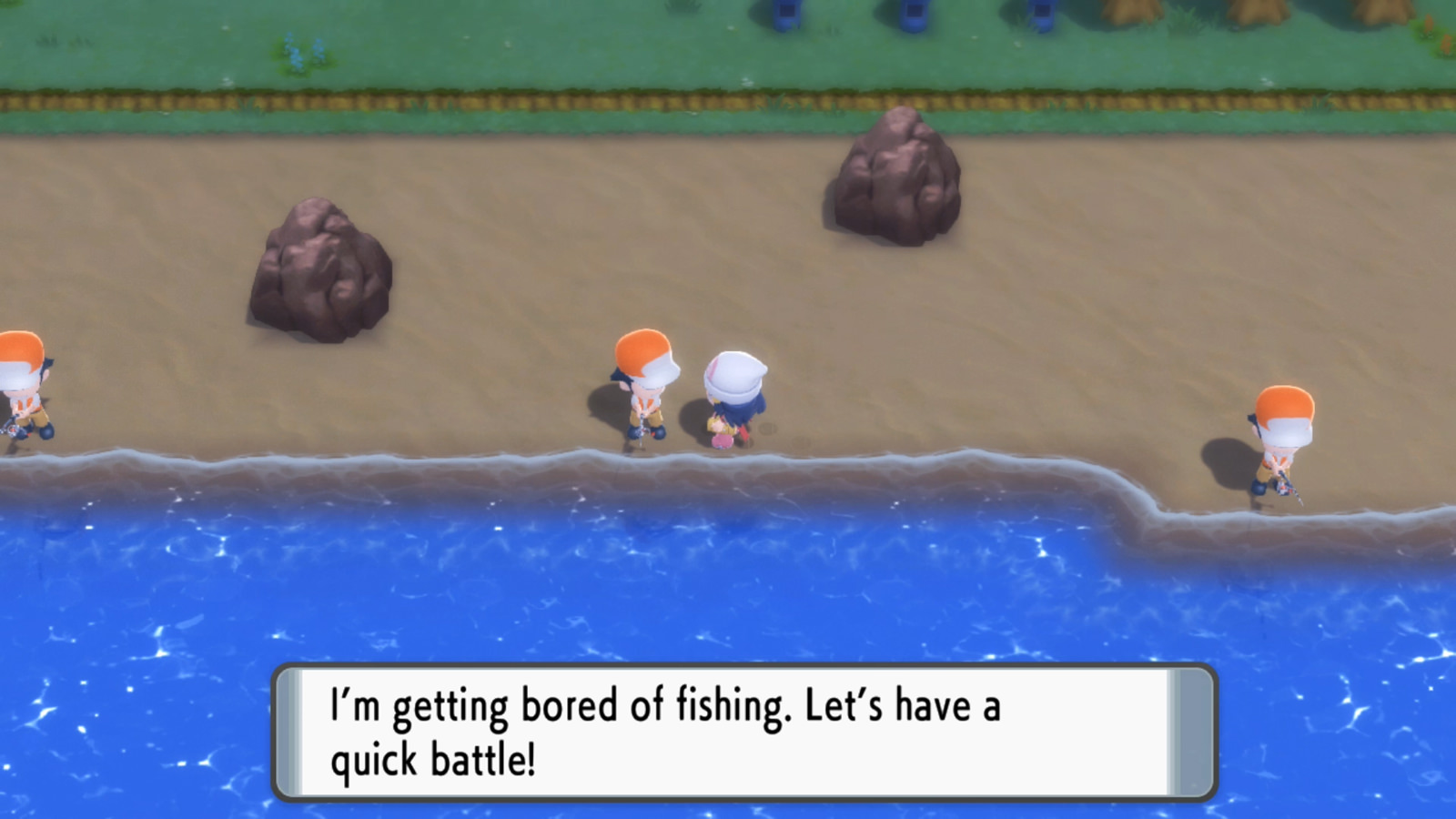 To meet a Trainer whose team sports Lumineon, you’ll need to surf north from the small beach at Sunyshore City. Don’t try to avoid the Trainer swimming back and forth at the very start of Route 223, because this swimmer is apparently Lumineon’s one and only fan in the Sinnoh region. 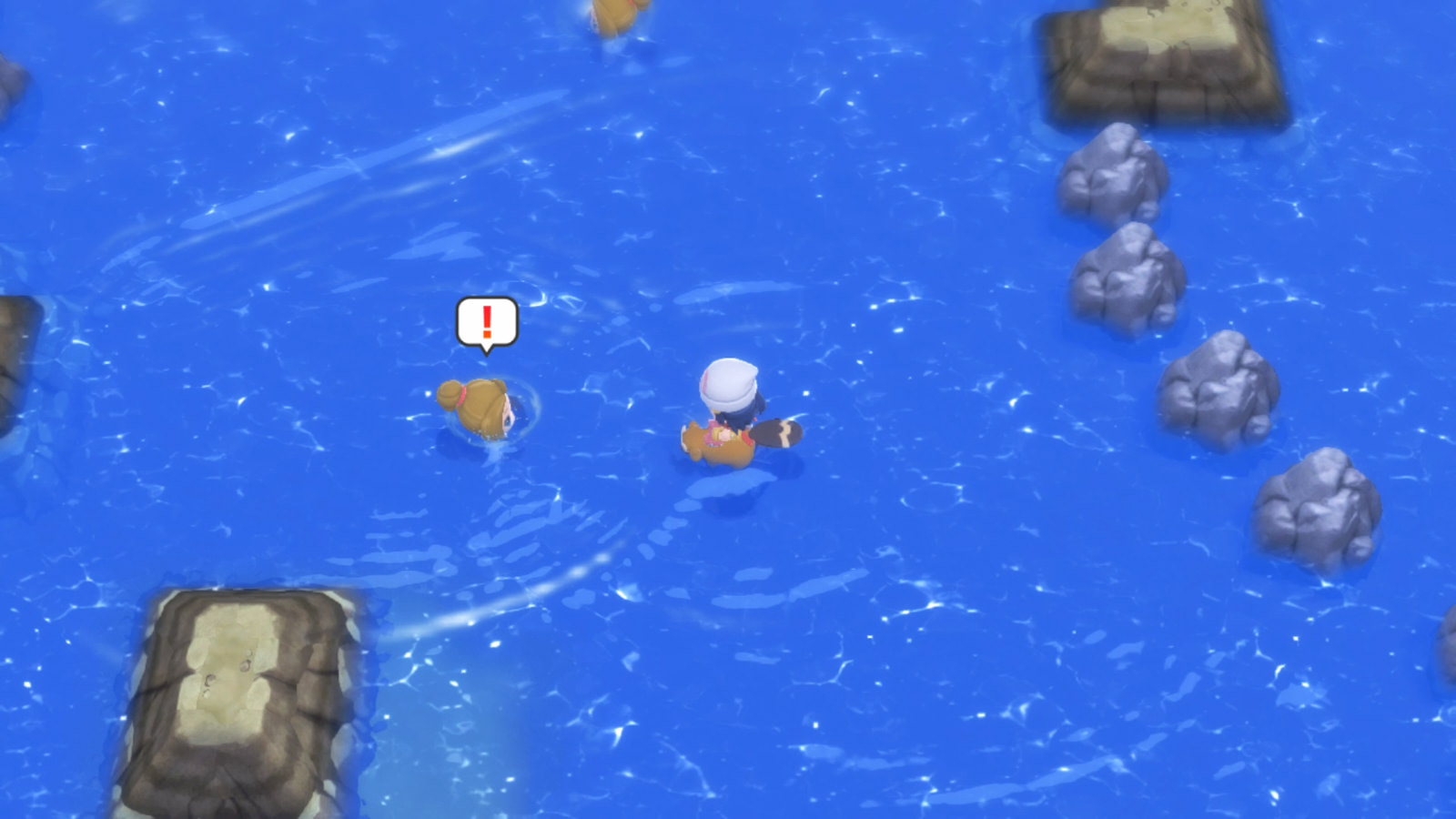 OK, so Tentacool isn’t that hard to find—the easiest way to catch one is to use the hidden move Surf in almost any of the early-game waterways, where it’s by far the most common wild Pokémon you’ll encounter. The regions in which it appears include Route 205 (in the area that’s east of Floaroma Town), Route 213, and Routes 218–222. But if you’d rather meet a Trainer who has the Jellyfish Pokémon on their team, look for the swimmers located on Route 220 and Route 223. 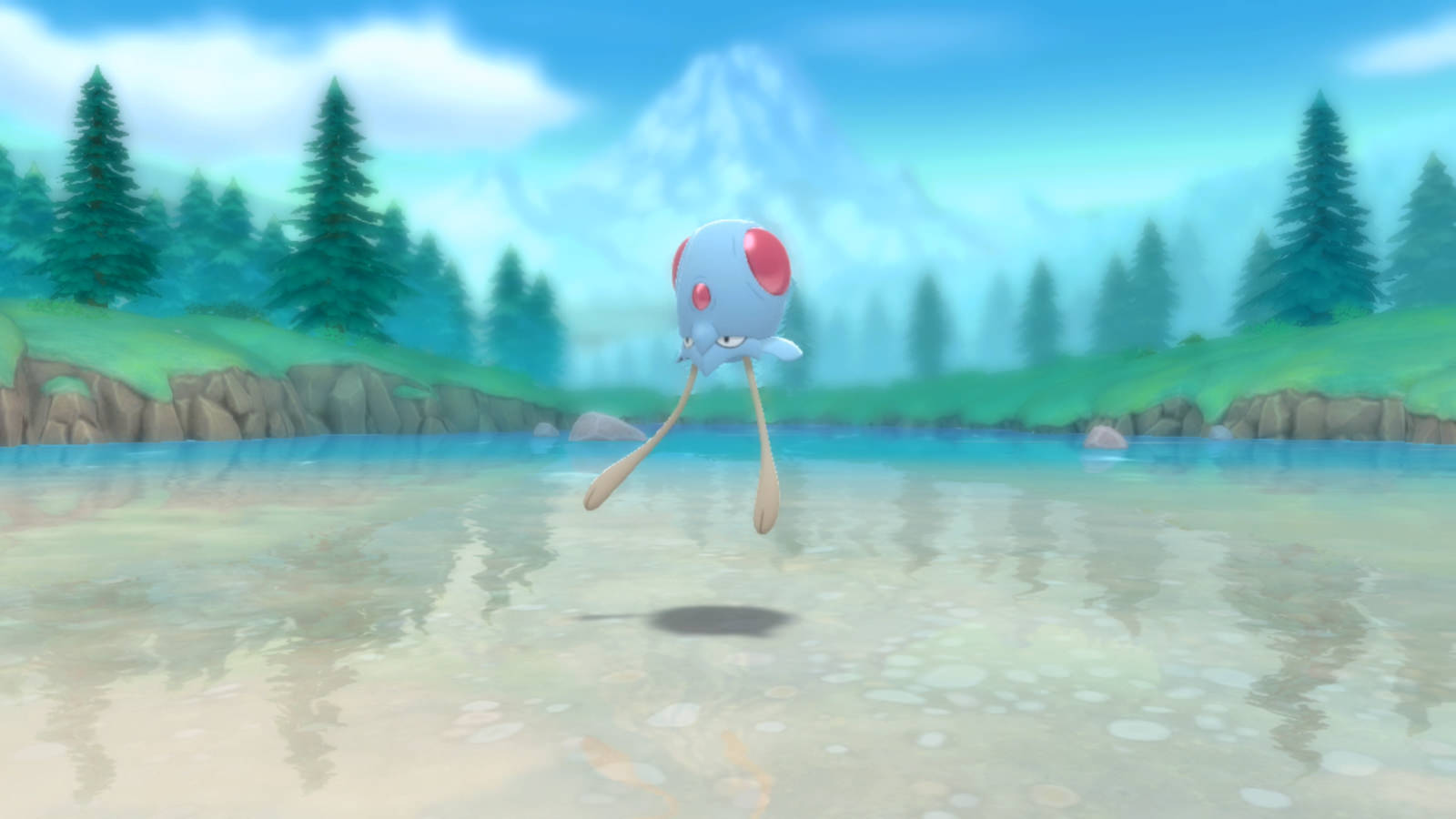 You are about to leave a site operated by The Pokémon Company International, Inc.